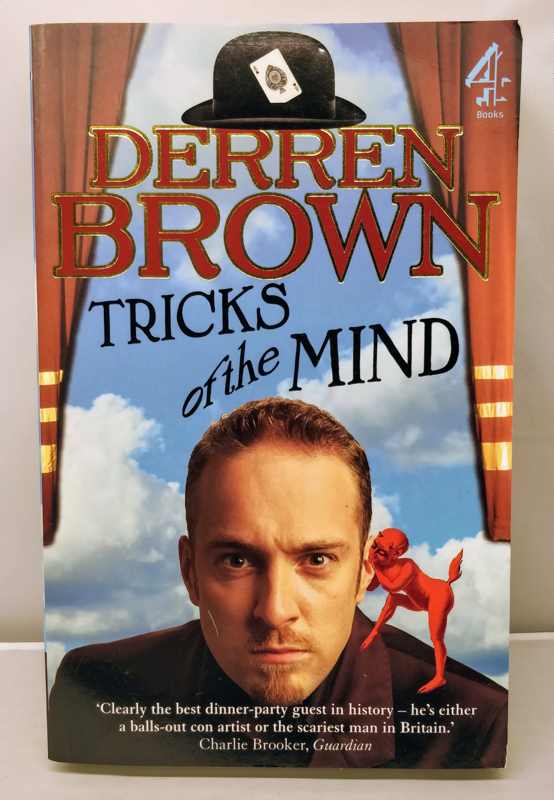 Used and in very good condition. My personal copy.

Derren Brown's television and stage performances have entranced and dumbfounded millions. His baffling illusions and stunning set pieces - such as The Seance, Russian Roulette and The Heist - have set new standards of what's possible, as well as causing more than their fair share of controversy. Now, for the first time, he reveals the secrets behind his craft, what makes him tick and just why he grew that beard.Tricks of the Mind takes you on a journey into the structure and psychology of magic. Derren teaches you how to read clues in people's behaviour and spot liars. He discusses the whys and wherefores of hypnosis and shows how to do it. And he investigates the power of suggestion and how you can massively improve your memory. He also takes a long hard look at the paranormal industry and why some of us feel the need to believe in it in the first place. Alternately hilarious, controversial and challenging, Tricks of the Mind is essential reading for Derren's legions of fans